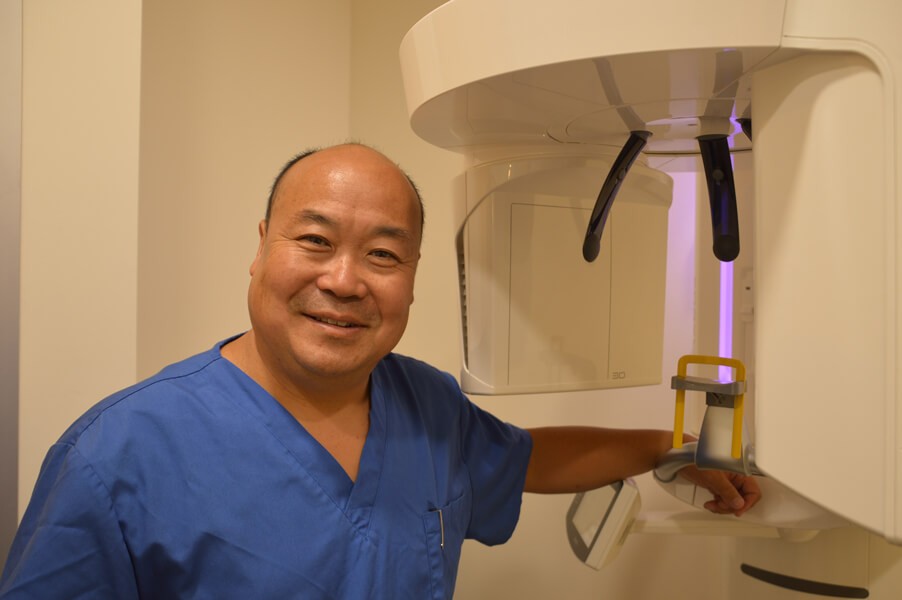 Simon is a Hamiltonian and did all his schooling here.

After graduating BDS from the University of Otago, Simon worked in Auckland and Middlemore Hospitals before heading to the UK on his OE where he met his now-wife Anna and travelled extensively with her in between working at various hospitals in the UK.

Simon returned to New Zealand and went to Medical School and graduated MBChB and MDS (OMS) in 2003, and passed the FRACDS (OMS) specialist examination in 2006.

Simon and Anna returned home after 5 years in the UK and was appointed a Consultant Maxillofacial Surgeon at Waikato DHB where he continued his interest in head and neck oncology surgery in addition to salivary gland disease, craniofacial trauma surgery and reconstruction, orthognathic surgery and all head and neck pathology as well as dentoalveolar surgery and implants. After 10 years of service at the DHB, training future surgeons and in latter years leading the Unit, he left the hospital and now works exclusively at Anglesea OMS and operates in-rooms and at Braemar Hospital.

Simon continues to be actively involved in training through AOCMF, is on the Executive Committee of the Wai/BOP Branch of NZDA, a member of the NZ Medical Association and ANZOMS as well as a number of OMS associations abroad and has presented at a number of local, national and international meetings.

Simon is married to Anna and they have three children, Caitlin, Benjamin and Olivia. They still enjoy travelling and skiing.

This site uses cookies. By continuing to browse the site, you are agreeing to our use of cookies.

We may request cookies to be set on your device. We use cookies to let us know when you visit our websites, how you interact with us, to enrich your user experience, and to customize your relationship with our website.

Click on the different category headings to find out more. You can also change some of your preferences. Note that blocking some types of cookies may impact your experience on our websites and the services we are able to offer.

These cookies are strictly necessary to provide you with services available through our website and to use some of its features.

Because these cookies are strictly necessary to deliver the website, refuseing them will have impact how our site functions. You always can block or delete cookies by changing your browser settings and force blocking all cookies on this website. But this will always prompt you to accept/refuse cookies when revisiting our site.

We fully respect if you want to refuse cookies but to avoid asking you again and again kindly allow us to store a cookie for that. You are free to opt out any time or opt in for other cookies to get a better experience. If you refuse cookies we will remove all set cookies in our domain.

We provide you with a list of stored cookies on your computer in our domain so you can check what we stored. Due to security reasons we are not able to show or modify cookies from other domains. You can check these in your browser security settings.

These cookies collect information that is used either in aggregate form to help us understand how our website is being used or how effective our marketing campaigns are, or to help us customize our website and application for you in order to enhance your experience.

If you do not want that we track your visit to our site you can disable tracking in your browser here:

We also use different external services like Google Webfonts, Google Maps, and external Video providers. Since these providers may collect personal data like your IP address we allow you to block them here. Please be aware that this might heavily reduce the functionality and appearance of our site. Changes will take effect once you reload the page.

The following cookies are also needed - You can choose if you want to allow them: